FAMILY FARM
On many father-son farms, the father retains control into his 80s. When Phillip's father got sick he gave control over to Phillip. When his last sister went off to college, they got rid of the dairy operation. Phillip bought his first land in the 1980s when the market was low. Discussion of Paul Volker, land prices, & inflation. Mentions advice from grandfather about farmers needing to be diversified.
FAMILY
When he was 35 he was serving on the local high school and was set up with his future wife. They dated for four years and married in 1995. Her maiden name was Carmen Bassett. Her dad is a third generation farmer in Greeneville, Bond County who still has a diversified farm. His wife was very involved in father's farm.
COMMUNITY ACTIVITIES
He was involved with the church council, the school board, the Illinois Farm Bureau and the Soy Bean Organization.
FARM-RELATED WORK
Mr. Nelson travelled around the country giving speeches to farm organizations. He would tour the country giving speeches to farm groups. Got involved because he loves agriculture, his involvement in the Farm Bureau, & his speaking & leadership abilities. He was involved in many Illinois based farm groups, one that took him to Europe to meet with Ag ministers of other countries. They also went to Washington, DC and met with Paul Volcker. 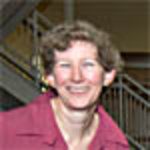